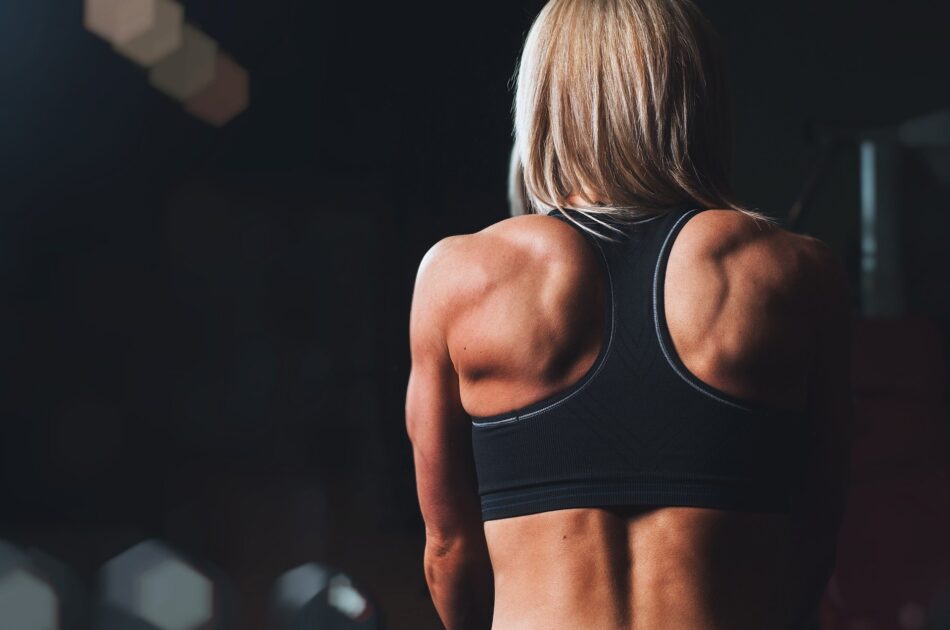 Sports has always been one of the biggest industries in the world. There is so much that goes into preparing and organizing each professional sports team. Since the sports industry started, it has been a pretty male dominate place with men running the coaching staff and the organization. This would show people that sports were a man thing and women couldn’t possibly know anything about sports or do what a gm or coach can do. As time went on women started to surprise people as they started to take on more roles in the sports industry in the male sports whether it is in the coaching, the organization, broadcasting and so on. Women are not be stuck to only coaching women’s sports, now they are getting more involved with men’s professional sports. Here are some notable women making an impact in the sports industry: 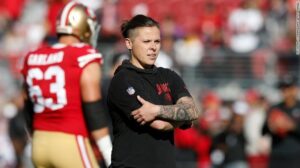 Katie Sowers is an offensive assistant coach for the San Francisco 49rs. She was the first women and openly gay coach to go to the Superbowl this past year. She is making history along with other women by putting her name out there and showing the world that women can coach football. She once said in an interview that she is not here to be a token female for the NFL, she just wants to coach football and help her team win. She inspired everyone when she came out to the public in 2017 becoming the first openly gay coach in male or female sports. She continues to spread her positivity to girls and showing them that you can do anything that you want to do. She is still currently on the 49rs and this would be her fifth season with them. 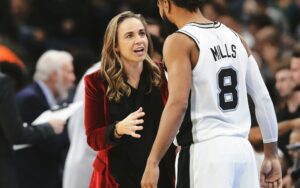 Becky Hammon inspired girls everywhere when she became the first women to be an full-time assistant coach for the San Antonio Spurs in 2014. Her career first started when she made herself known in the WNBA. She played for the New York Liberty from 1999-2006 and then went on to play for the San Antonio Stars from 2007-14. She was the first women to be a head coach in the NBA summer league for the spur in 2015, 2016 and 2019 leading the Spurs to a summer league championship in 2015. She is currently on her sixth season with the Spurs and doesn’t look like she is slowing down. Someone recently painted a mural of her in San Antonio. Becky Hammon still inspires women to become more known in sports. I used to love watching her play for the Stars. She still inspires me to this day. 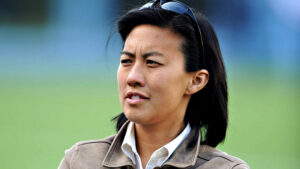 Kim Ng just was hired as the Miami Marlins GM on Friday, November 13, 2020. She became the first woman and first Asian American to hold the position for a Major League Baseball team. She started as an intern for the Chicago White Sox and was hired full-time by the team in 1991. She became the youngest assistant general manager in MLB when she got hired by the New York Yankees in 1998. She always dreamed of being a GM for a team and never gave up hope. Now she is making history. 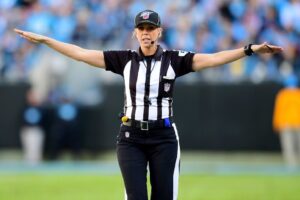 There are many more women that are doing great in the sports industry, but these are the women I thought who represent the women well in male sports. Women continue to shock the world with their ambition and drive. We will continue to see women grow more popularly in the workplace and eventually have more higher positions.